He loves challenges and is extremely focused on fully realizing innovative projects, following his non-conformist nature grown over the years after his out of the ordinary journey in the metaphysical world and powerful initiations right after his adolescence. He has over 20 years of in-depth experience in the financial field and business development management, having held various management positions in the areas of banking, real estate, product & service sales, as well as in the area of corporate internet image for Italian SMEs.

From 1992 to 2002 he successfully covered managerial positions in several of the most important Italian Banks, overseeing an investment portfolio of 200 million euro.

From 2004 to 2007 he became Business Development Director for an Italian Real Estate Building Company and Partner of a Real Estate Agency operation in the US and ME.

From 2008 till 2014 he acted as Chairman of the Board and CEO of an innovative customer rating satisfaction solution for which he obtained a US Patent. After this experience he achieved top ranks in a variety of leading network marketing industries creating sales organizations of thousands of sales reps around the globe.

Due to his wide experience on financial markets he quickly became a leading voice on Cryptocurrencies. He is recognized top-notch advisor for STOs and provided consultation to several successful ICOs and innovative Blockchain projects.
In the year 2016 he founded an International Academy to train people all around the world about blockchain and new scenarios.

Today He’s an international speaker and coach in the blockchain space since 3 years and currently CMO @Optherium Labs.

What exactly can you do with David?

Helping Companies and Entrepreneurs to anticipate TRENDS in their fields, allowing them to position themselves in advance, becoming FIRST MOVER in their sector, creating an inevitable competitive advantage.

This allows my clients to rise from the competition anticipating the future.

What can you help me with?

I can help you specifically:

HOW WILL WE DO IT?
We will apply the Metapreneur System ™ together: the scientific system that hundreds of entrepreneurs and professionals have used to establish themselves as trend setter in their sector.
This system is unique in the market that serves the entrepreneur or the professional to effectively predict the future allowing them to anticipate the moves of the competition.
What exactly are the steps that followed? How can you use them for your business too?
I have prepared an exclusive article on my method where I disclose the system that I will personally implement to help you.
Click on the button below and download it now

Good question, I think it’s fair that you can demand some “facts” and not just words and promises. Below are a number of reasons why thousands of people follow me every day and make me honored to help them improve their professional or entrepreneurial careers:

HOW CAN I HELP YOU?

As you have read before, there are three areas in which I can help you and the combination of these three macro-elements defines my system that I will use with you in strategic consulting:

Request to work with Davide

I had found a job as an accountant in a company, a simple job, like many others.

After a short period, I ran a competition to work in a bank and thanks to my desire to improve, I started my new career as asset manager for some of the bank’s clients.

The work didn’t go wrong, until in 2001 a terrible crisis began in the international financial markets.

The crisis had just begun and did not seem as bad as it soon became.

At that time I had a bad accident on the highway, a maxi chain collision sent me into a pharmacological coma with several fractures. That event changed my life forever.

From that moment I began to go further and further down, the financial markets continued to collapse and my mother went into a coma shortly thereafter, not coming out of it anymore.

It seemed over. As a trader I could not execute client sales orders, I was in the hospital, destroyed.

After this black period I began my spiritual journey, being attracted to metaphysical subjects, paths of rebirth and training that could give an answer to what was happening to me.

At the time I was doing three jobs to make ends meet, to support the costs for my mother, who remained in a coma for years.

These spiritual paths helped me see things from a higher point of view. Having a totally new perspective never experienced before in the business world.

I decided to become an entrepreneur, like many others, but with a totally different approach.

You used metaphysical concepts learned from great spiritual masters by applying them to business.

I created 2 successful startups, made to grow and then resold on the market.

I became top leader in various Network Marketing companies creating international organizations around the world and I trained thousands of people privately on how to apply spiritual concepts to traditional business.

Transforming lives, one after the other.

All this was possible for a reason: my mind started to operate on a different level than normal people.

It took me years to synthesize this system.

The system that today I call “Metarpreneur System“

"How could I help entrepreneurs create the company they imagined, if I hadn't done it before?"

What can you expect

A SYSTEM THAT WORK

Unlike business consultants who apply theoretical concepts, I use the metapreneur system that combines operational practice that I have personally experienced in my companies and metaphysical concepts that allow us to anticipate future trends.

You can always expect three things from me:

One last thing: I want to show you a project that I personally founded. 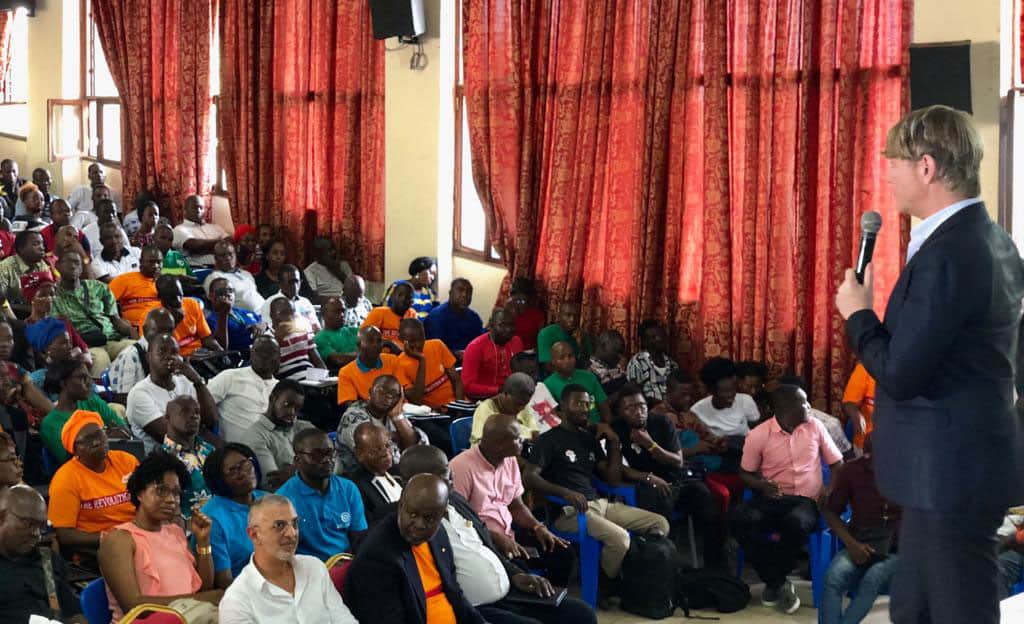 In addition to my work as a visionary consultant, I am also very active in the field of charity and in helping developing countries understand new technologies, implement them in their lives and create a radical change of future prospects.

In these photos you see me at Finntech In Uganda, a project that I have personally created to bring the future of the economy to people of value who deserve to be part of the ongoing economic revolution too.